Pandemic brings opportunity for some, devastation for others 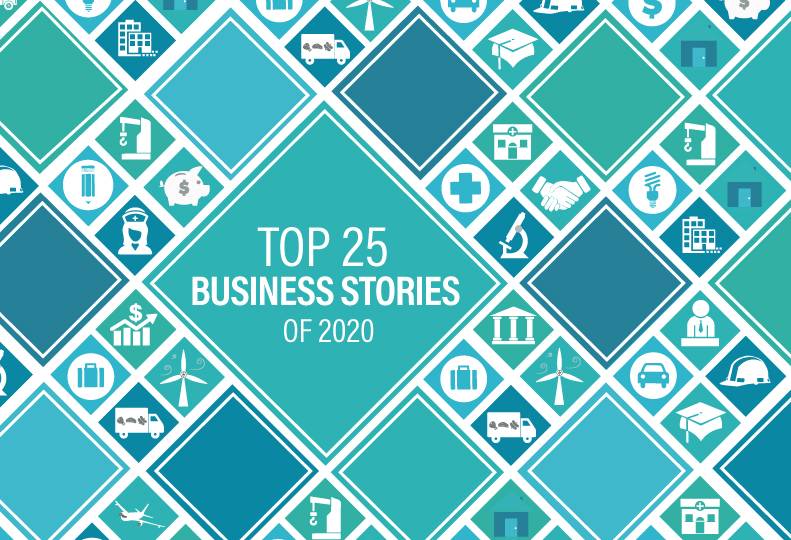 The COVID-19 pandemic dominated news headlines in 2020 and served as the subtext for many of the significant business decisions made in the Spokane area during the year.

With that backdrop, the Inland Northwest business community experienced a number of significant setbacks, with longtime retailers and once-promising startups closing, and jobless rates reaching heights not witnessed in more than a decade.

At the same time, businesses that boomed during the pandemic made plans for significant expansions that could have lasting effects well after the pandemic is held at bay.

Below are the top 25 Inland Northwest business stories of 2020, in chronological order.

Miners at Hecla Mining Co.’s Lucky Friday property, in Mullan, Idaho, ratified a new labor agreement on Jan. 6, ending a strike that began in March 2017. The following week, the Washington State Nurses Association approved a labor agreement with Providence Sacred Heart Medical Center, averting a strike that had been scheduled to start in mid-January.

New York-based private investment company SDC Capital Partners LLC announced on Jan. 28 that it bought a 51% stake in Fatbeam LLC for $36 million. The Coeur d’Alene-based fiber optics company said at the time the transaction would enable it to pay off high-interest loans and hire more employees in the ensuing months.

Developer Ron Wells, known as a pioneer of historic preservation in the Inland Northwest, was sentenced in early February to a year of house arrest and three years of probation for his role in an insurance fraud scheme involving an accident in Liberty Lake. Wells said at the time that he accepted full responsibility for his actions and hoped to return to making positive contributions to the community.

Plans came to light in late February about a big expansion for Liberty Lake-based Huntwood Industries Inc. The custom-cabinet manufacturer envisioned adding two new warehouses with more than 60,000 square feet each at its manufacturing facility, which spans 567,000 square feet of space in all and employed about 730 people as of last April.

As fears of the spread of COVID-19 gripped the U.S., Washington Gov. Jay Inslee issued the state’s first Stay Home, Stay Safe order in mid-March. The order would be the first in a series of mandates intended to stem spread of the virus. Restaurants, fitness centers, and other establishments were closed or restricted intermittently in the following months, and many schools remained closed to in-person learning throughout the year.

Trans World Entertainment Corp. named Kunal Chopra as its principal executive officer and became headquartered at the offices of its primary subsidiary, etailz Inc., giving Spokane its first new publicly-traded company headquarters in about 20 years. Chopra, who also serves as CEO of etailz, would lead the company as it rebranded as Kaspien Inc. in September.

Stay Alfred Inc., the Spokane Valley-based short-term rental company, shuttered permanently on May 20. A one-time darling of Spokane’s entrepreneurial ecosystem, Stay Alfred had closed temporarily due to travel restrictions related to COVID-19, with plans to reopen in August. Ultimately, however, the company determined it couldn’t survive the downturn in business.

The Journal reported in late May on a child care crisis that started before COVID-19 and got progressively worse once the pandemic took hold. Workforce shortages caused some child care providers to shutter or downsize, making it more difficult for people to find day care for their young children when they tried to return to work. The subject emerged as a key workforce issue later in the year and was one factor in why women didn’t return to work as quickly as men during the pandemic.

The Washington state Employment Security Department reported in late May a 16.7% unemployment rate for Spokane County in April, more than three times the jobless rate posted in the year-earlier month. While the countywide unemployment rate would remain two to three times higher than it was a year earlier throughout the rest of 2020, the spike in April’s rate would prove to be the highest rate of joblessness.

The iconic White Elephant stores began their liquidation sales on June 9, starting the process of shuttering after 74 years in business. The stores, located along north Division Street and in Spokane Valley, would close later in the summer, joining a list of longtime brick-and-mortar retailers to close their doors permanently.

Mullen Technologies Inc. and the S3R3 Solutions public development authority extended a letter of intent in mid-July for the Brea, California-based electric-car manufacturer to build a new plant on the West Plains. One Mullen executive had suggested work might start in late 2020, but it did not. A spring 2021 groundbreaking appears to be more likely. A previous letter of intent had expired in late March.

In late July, The Journal reported Selkirk Pharma Inc.’s plans to more than double the size of its envisioned manufacturing plant on Spokane’s West Plains. Public records show that the injectable-drug startup hopes to employ 300 people there eventually in nearly 150,000 square feet of office, manufacturing, and warehouse space.

Schweitzer Engineering Laboratories Inc. broke ground in mid-August on a new health and well-being center in Lewiston, Idaho, to serve 600-plus workers there, as well as about 150 people who live in Lewiston and work in Pullman. A couple of months later, Schweitzer would disclose plans for a new circuit-board manufacturing facility in Moscow, Idaho.

Burlington Stores Inc. announced in mid-August it would open a new store in Spokane Valley, marking one of the few plans for new brick-and-mortar retail in the Inland Northwest this year. The store opened in the former Toys R Us space in mid-October.

The Journal reported on Sept. 24 that Lakeside Capital Group LLC is setting its sights on building 2,000-plus residential units on more than 1,000 acres of property between Coeur d’Alene and Post Falls. Founded by Spokane developer John J. Hemmingson, Lakeside had dubbed the envisioned development as Coeur Terre.

The city of Spokane Valley approved a permit in mid-October for a 1.3 million-square-foot building near the intersection of Trent Avenue and Flora Road. Listed under the name Project Fireball with early estimates of a $105 million price tag, the planned facility is consistent with many characteristics of an Amazon.com distribution facility, though the ubiquitous online retailer had not yet confirmed the project as one of its facilities in late December.

In October, Spokane-based wholesale grocery cooperative URM Stores Inc. bought the former Northwest Bedding complex on the West Plains with plans to convert it into space for additional staging and storage. The bulk of URM’s facilities are in northeastern Spokane, and the new facility is expected to help the organization address ongoing growth and its expansion into more markets west of the Cascade Mountains.

Data released by the Washington state Liquor and Cannabis Board in late October showed $135 million in cannabis sales in Spokane County during fiscal year 2020, up 25% compared with the previous fiscal year. The surge outpaced growth in statewide sales, which retailers attributed to consumers’ propensity to stockpile during the pandemic and Spokane County’s proximity to North Idaho, where marijuana is still illegal.

Providence Health Care announced on Nov. 11 its top Spokane-based executive Elaine Couture plans to retire in early 2021. As of early December, the organization hadn’t made any announcements about a leadership transition plan for Couture, who has served executive vice president for Providence and chief executive for its Washington and Montana region.

The Kalispel Tribe of Indians disclosed plans on Nov. 23 to expand its Northern Quest Resort & Casino, in Airway Heights, with a new hotel building. As envisioned, the project involves increasing the hotel capacity to 440 guestrooms with a new building that’s scheduled to be completed in early 2023.

In early December, Gee Automotive Group, of Liberty Lake, disclosed it had acquired Boise-based Lyle Pearson Auto Group, giving the company its first presence in that southern Idaho market. The five Lyle Pearson dealerships have kept their respective names and their 110 employees.

A Journal analysis released Dec. 17 showed a total of 6,755 Spokane-area businesses received federal Paycheck Protection Program loans worth a total of $786 million. While the loans were made mid-year, the U.S. Small Business Administration data wasn’t made available until a series of lawsuits by media companies proved successful.

A few days before Christmas, injectable-drug maker Jubilant HollisterStier disclosed plans to double the size of its East Spokane manufacturing space and add 400 employees during the next three years. The expansion comes as the company has begun manufacturing vaccines and therapeutics to combat the COVID-19 pandemic.